Aside from valuing your hand you need to consider distribution. 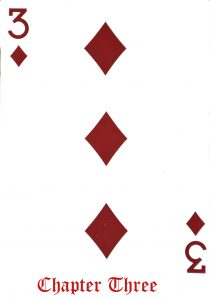 You probably have no more than three opportunities to bid, so you need to work out how to convey as much information as possible to your partner before the auction closes.

There are 39 possible distribution patterns in a hand of cards. The statisticians have been at this (you can’t get away from maths in Bridge!) and they reckon that about 22% of all hands have a 4-4-3-2 pattern. This means four cards in two of the suits, with three cards in the next, and then a doubleton. This and four other patterns account for 71% of all hands.

Another 16 possible card distributions account for most of the rest, leaving barely 0.1% for the really weird distributions. You can expect on average to get a singleton or a void in two thirds of the deals.

The distribution of the hand is important because it can provide extra values if favourable. The long suit count and short suit count are used to reflect this.

Clearly a balanced hand is best for No Trumps, while the other categories find themselves in suit contracts, based on a long trump suit. Any suit above average is length for strength when considering your opening bid.

The partnership needs to look for a good fit with a combined eight or more cards in the same suit. Bridge is all about the balance of probabilities. When in doubt consider: the most probable line of distribution; the most likely location of a danger card; and the split of your partner’s 4-3 major suits. Remember it is vital you find a “fit” for the hands in your partnership.

The reasoning behind this is that length is an additional strength against a doubleton, because it provides ruffing values. An extra card in your opening suit is an obvious advantage (the opposition will, of course, have one less) so add 1 point to your honour count.

Should responder decide to bid in a new suit (a takeout) then he also values his hand for length. Neither player should consider their shortages just yet.

For example, look at the following hand:

This pattern comes up 13% of the time—since you were wondering!

He has 12 HCP, not enough to open one of a suit; not even 1NT. Never open 1NT with an unbalanced hand!

But he has a five-carder in ♥s so he can grab an extra point for that. This gives him 13 points and he can open one of a suit: 1♥. Prepare your rebid. If partner raises to 2♥s he has four cards in your suit but less than 10 points, otherwise he would have offered an alternative suit. So you have 21 points between you— not enough for Game. So you would be wise to say “no bid”.

You do promise a rebid on opening, but partner’s limit bid lets you off the hook. Nor do you need to worry about “rescuing him” because he is not in trouble!

If instead partner bids 1♠ you should reply with 2♥s to tell him your holding is a 5-carder, plus the fact you have a maximum of three spades. His 1♠ is a takeout with a hand worth 10-11 points. On max you still only have a combined 23 points, again not enough for Game. This contract will also end up in 2♥s.

Now if your partner bids 2♦ s this is altogether more interesting. Again he shows 10-11 points but a holding in your singleton. This tells you he has at least four ♦ s. You still do not have enough combined points to explore further so you have no idea how his clubs stand. If he did have value in clubs then for your rebid a call of 2NT as a sign off might be an option. But your J♦ is likely to get clobbered, leaving your side with a void and that is not much use in a No Trump contract.

So I would rebid 2♥s in this third scenario as the best closing statement. If you had more HCP, say a K♣ to give you 15 points (plus one for distribution), I dare say 2NT would be an option. With his 10 points he might well raise you to 3NT, the lowest bid to get Game.

Note that a successful 3NT contract earns you 100 points below line for Game. (Game in majors needs a bid of 4, and in minors a bid of 5).

If partner is agreeing a suit he can include any shortages in the value of his hand because this becomes an advantage. His raise means the partnership combined holds at least eight of the proposed trump cards.

Obviously, a void is as much a first-round control as an Ace, so points can be included in the hand to reflect this additional strength. In agreeing trumps, responder does not include any long suit count.

If he has no short suit he does not count points for any long suit!

On the other hand, if responder is considering a takeout (lacking 4-card trump support) then he uses the long count instead.

Remember, you cannot use both the long count and the short count in the same bid.