Response to a no trump opener depends on points and distribution. 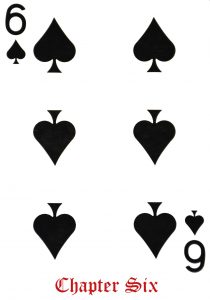 As partner has not mentioned a suit you must assume he has a balanced hand, no biddable suit and less than 15 points. It is pretty descriptive as far as opening bids go.

As with a response to the one suit opener, responder has several options:

With less than 12 points and a balanced hand responder will no bid.

Raise in no trumps

Let’s say North has opened with a bid of one no trump. Assuming a balanced distribution and no long major, response by South is simple arithmetic. He adds his own points to those of opener’s minimum of 12, and responds as follows:

With South’s raise to 3NT he is showing a point spread of 13-18 points. Even if both partners were on maximum, North with 14 and South with 18, the combined count of 32 is unlikely to prove worthy of a small slam. South’s bid is therefore a sign-off, telling partner we do not have enough points to go beyond Game. Why risk a certain 3NT Game contract?

Raising to 4NT is showing 19-20 points inviting slam if North is on maximum. With a couple more points South goes straight to slam with 6NT as a sign off. With yet more points 23-24 South bids the lower 5NT as an invitation. North will settle for slam on minimum points but grab the grand slam opportunity if he holds maximum points.

As we have seen the no trump contract is in serious trouble if the partnership has a bad fit, and responder has an unbalanced hand. A takeout transfers the contract into safer territory in the form of two of a suit, even if South has hardly any points!

With strength South might bid a suit at a higher level (a jump takeout). But remember that opener’s bid of 1NT promises a maximum 14 points and no biddable suit.

With a weak, unbalanced hand, responder needs a 5-carder or more to take his partner out of his no trump contract. Any takeout of either 2 or 4 of a major suit is a definite “sign off”. He will not be bidding again. Remember that the opening NT promised nothing worse than a doubleton, so with any 5-carder in his hand South can be sure that the partnership will have the majority. Note that a 2♣ response to a 1NT opener is the Stayman Convention (explained in the next section). If the 2♣ response was intended as natural then he must rebid 3♣ after opener’s second response.

With 11 points or less there is no clear indication of whether to take partner out of his 1NT or to pass. The general guiding principles are:

These bids are weak takeouts and constitute a sign off. Opener will pass in most cases, unless a good 4-card fit is discovered, in which case he may raise to three.

In the next table responder has 12 HCP and good “shape”. He bids a jump takeout to invite Game in a suit:

These jump bid responses in a suit are forcing to Game in the suit or in No Trump. If opener has 3-card support for the suit, he raises to Game; if less he bids 3NT.

With a very unbalanced hand and 13+ points, including favourable distribution, South will jump bid straight to Game. This shows he has a very long suit (at least a 7-carder) and his hand is worthless in anything but the suit concerned. Like a two suit reply it is also a sign off:

Note that with lower points and an 8-card minor South will prefer a bid of 4 in the minor. It must be stressed that whereas the point indications of the NT responses are very specific, in the case of suit responses they are not. Points rely heavily on distributional power. The points noted above are only a rough guide.

Back to Top
To continue reading go to: Conventions to 1NT opener