Opening one of a suit promises a rebid. 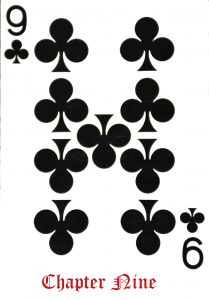 Hopefully North has prepared for partner’s response, which can range from a raise, a No Trump limit bid, or a takeout into a new suit. (Sadly, he might also pass). Sometimes with a mixed hand the response will be a waiting bid to allow opener to complete the basic description of his hand on his rebid.

Choice of suit on rebid

If opener is sitting with two biddable suits, he should be ready now with his rebid of the second suit. With a 5-4 distribution he would generally open with the longer of the two suits first, and then bid the four-carder on his rebid. If he gets the chance for a second rebid then he repeats his first suit to confirm the 5-4 arrangement. With suits of equal length, say 4-4, he would open with the higher-ranking first, then the other suit on his rebid. If the higher-ranking were particularly weak he might bid the stronger of the two first, say open with 1♦ first instead of 1♠. Of course the rebid will have to take cognisance of partner’s response. He may not get the opportunity nor need to show his ♠s on rebid.

Rebid after a takeout response

For the opener the general rule opposite a response of a new suit is to double raise his first suit on rebid if he has 16+ points. In other words, to bid one more than necessary; with less he will return a limit bid. In each of these four examples, South has responded with a takeout into a new suit, and North has indicated negative support:

If opener has 13-15 points, a reply at the one level from South will tell him not to go for Game. North will rebid with a simple raise of partner’s suit or rebid his own suit at the next available level. South will almost certainly pass second time round. In the second and third examples, note that North jump bids, raising his suit to the three level (one more than necessary) to show extra values (16-19 points).

In the fourth response, North offers a jump takeout of 3♣ and this shows his second suit and again a strong hand with 16-19 points.

Rebid after a raise from partner

North opens 1♥. He has 16 points and as he has five hearts with good points he plans to rebid them.

In the first example, South has trump support and no other biddable suit, and raises partner to 2♥. North rebids his hearts, which shows a five-carder and a maximum of 16 points. The partnership must stop below Game. (If North had had 13-14 points he would have passed).

In the second example, South’s jump raise to 3♥ promises a minimum of 10 points. With his 16 points North reckons they have enough for Game so he bids straight to 4♥ on his rebid.

In the third example, South has 13-15 points and jumps straight to Game. The maximum combined count is 31, not enough to risk going above Game.

On the other hand, if South jump raised to 3NT his response would have indicated a holding of 13-15 points. As it is North will pass if he has 12-13 points. Their combined point count is not enough for Game. With just one more point (14) North can raise to a 3NT contract for Game.

Rebid after a no trump response

South’s response of 1NT shows 6-9 points. After any No Trump limit bid opener is no longer obliged to rebid. If holding 13-16 points North should pass. And even with a hand no worse than 5-4-2-2 North should resist the temptation to show a rebiddable suit.

However, with a good 6-carder and Game going North can count the extra two points for distribution (15HCP + 2) and will jump rebid his suit:

South will accept the invitation and go to Game if he holds 8-9 points and some sort of fit in ♥s.

A 3NT rebid by opener would show 19 points over either a 1NT or 1 of a suit reply:

In the next example, South’s 2NT response to the opening bid of 1♠ shows 10-12 points. Any new suit by North on rebid is forcing and affords South the chance to clarify his hand. A rebid by North in the same suit would show minimum values, in which case South would usually Pass. As 3♥ rebid is at the next available level (over 2NT) point count for North is 13-15. With 16-19 points and the right distribution North could jump directly to Game at 4♥.

Below the response of 3NT by South shows 13-15 points and is a shut-off bid. Unless he had a very unbalanced hand North would pass. Any rebid in a major suit (which would also be Game at the four level) is also a sign off, as in the following:

Remember that a contract in four of a major requires a combined point count of 26—which is what they have if both South’s response and North’s rebid is on the minimum. North would need at least 18 points in his hand to consider investigating a small slam, requiring a combined count of 33 points. By overriding South’s shut-out 3NT North is indicating a very unbalanced hand that is far better played in a suit contract.

To continue reading go to: No trump rebid
Further pages in this chapter are:
Cue bids
Trial bids