English is heavily influenced by Latin. This is why a basic study of Latin can be useful in learning and remembering the meaning of a word. For example, bellum in Latin means ‘war’. Hence our word, belligerent, for describing someone behaving in a hostile way. “Para bellum” in Latin means ‘prepare for war’, the name applied to a German make of gun, the parabellum. 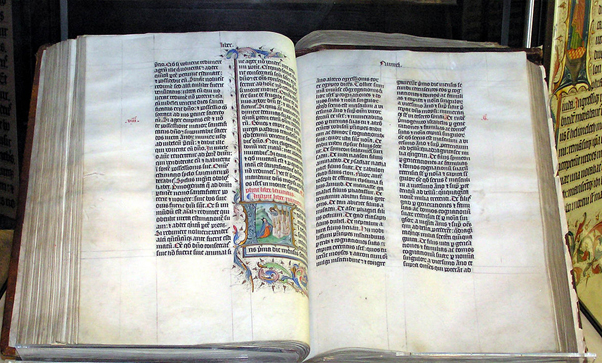 From research (as a best guess) almost 30% of modern English words were coined on the basis of Latin precedent; a similar percentage may be of French origin; about 25% Old English (largely Germanic); and then 5% Greek. In total this would account for about 85%-88% of our English vocabulary in modern usage. Note that the above does not necessarily indicate a direct derivative. For example, there are many cases where words that came directly from French, originally derived from Latin. Similarly, words of Greek origin have generally entered English in one of three ways:

The direct influence of the classical languages began with the Renaissance and has continued ever since. For example, Latin and Greek roots are the chief sources of many English terms in science and technology, names of plants, and so on. Similarly, the names of many planetary and lunar features are derived from Latin. For example: Mare Tranquillitatis (on the moon); Meridiani Planum (a Martian feature); and, Betelgeuse (a star in the constellation Orion). Indeed, Latin names in astronomy are extremely common—and probably account for 90% of the nomenclature.

English is heavily influenced by Latin. And below are listed common Latin words, phrases and prefixes in use in modern English today.

Etc (etcetera): and so forth.

in situ: in its original place.

in vivo: occurring only in a living body.

in vitro: occurring outside a living body.

Other Latin and Greek prefixes

extra: in addition to.

a priori: from the former. If you think something a priori, you are conceiving it before seeing the facts. Presupposing.

ad hoc: to this. Ad hoc refers to something that was created for a specific purpose or situation. An ad hoc political committee, for instance, is formed for one specific case.

ad infinitum: to infinity. Something that goes ad infinitum keeps going forever. You could say that your wife hassles you ad infinitum, for example.

ceteris paribus: other things being equal. This expression is often used in economics: in order to impact something on the economy (e.g., inflation or unemployment), you need to hold other variables fixed.

de facto: common in practice, but not established by law. For example, English is the de facto official language of the United States.

honoris causa: for the sake of the honour. This is an honorary degree where an academic institution grants a doctorate to someone without the formal requirements (exams and the like). Usually the person receiving the degree has connections with the University or has made important achievements in a certain field.

in vino veritas: in wine, truth; a person under the influence of alcohol is more likely to tell the truth, or show their true inner feelings.

mutatis mutandis: with necessary changes. This expression is used to express agreement to something that, however, still needs to be changed or amended.

per se: by itself. If something exists per se, for instance, it exists by itself, regardless of external factors.

Q.E.D. (Quod erat demonstrandum): which was to be demonstrated. This Latin abbreviation is often used at the end of mathematical theorems in order to demonstrate that proof is complete.

sic: thus. Sic is usually used in newspapers or other publications (placed within square brackets [sic]) to indicate that the spelling error or unusual phrase in a quotation was reproduced as it was in the source, and therefore it is not an editorial error.

sine qua non: without which cause not. Essential condition or perquisite.

vice versa: the other way around. If you write “John loves Mary, and vice versa,” it means that Mary also loves John.

amicus curiae: friend of the court. One who is not a party to a case.

bona fide: good faith. In contract law, for instance, parties must always act in good faith if they are to respect the obligations.

de jure: by law. To make English the de jure official language of a given region, for instance.

dictum (plural dicta): a statement that forms part of the judgment of a court.

ex parte: from, by, or for one party in a dispute. An ex parte decision is one decided by a judge without requiring all of the parties to the controversy to be present.

habeas corpus: (we command that) you bring forth the body. In this case, the “body” (corpus) refers to a living person who is being held in prison. The phrase has nothing to do with producing the corpse of an allegedly-murdered person.

ipso facto: by the fact itself. Parents who have deliberately mistreated their child are ipso facto unfit custodians.

mens rea: guilty mind. In some legal systems, the law requires that when a crime is committed, the perpetrator must have the intention to commit the crime. For example, a driver who strikes and kills a pedestrian because of faulty brakes is guilty of manslaughter, but not of murder. There was no intent to kill so the mind was not guilty. On the other hand, the wife who repeatedly runs over her husband with her SUV is guilty of murder because of her mens rea.

obiter dicta: a judge’s opinion offered in the course of a judgment but having no legal force.

prima facie: by first instance. This refers to cases with sufficient evidence to warrant going forward with an arraignment (formal reading of a criminal charge).

pro bono: (the original phrase is pro bono publico) for the public good. Sometimes high-priced lawyers come forward to defend suspects who would otherwise have to take their chances with someone from the Public Defender’s office. They work on the case pro bono, i.e., they don’t charge a fee.

quid pro quo: something for something. For example, a public prosecutor makes a deal with a guilty party, offering them a shorter sentence in exchange for information that will enable them to convict other criminals. Another example of quid pro quo might occur between two lawyers, each of whom gives up some advantage to gain another.

alea jacta est: the die is cast: This famous phrase (battle cry) was said by Julius Caesar as he led his army across the Rubicon river into northern Italy.

cogito ergo sum: I think, therefore I am. This phrase was originally said in French by René Descartes, and it represents a corner-stone of the Western philosophy. The Latin translation is more widely used, however.

carpe diem: seize the day. This phrase comes from a poem by Horace. The phrase was made famous when it was used in the movie Dead Poets Society.

deus ex machina: God out of a machine. Latin translation from ancient Greek. In Greek and Roman drama, when a plot was complicated or tangled, the play writers would just insert a God in the final act in order to solve all the problems. Usually a crane (machina) was used to drop the actor on stage, hence the name.

divide et impera: Divide and reign. It was a theory proposed by Niccolò Machiavelli and used previously by the Roman Senate to dominate the Mediterranean.

homo homini lupus: man is a wolf to men. This phrase was originally said by Pluto, but other philosophers also used it, including Bacon and Hobbes. The meaning is quite straight forward.

veni vidi vici: I came, I saw, I conquered. Another phrase said by Julius Caesar, this time upon the victory over Pharnaces, King of Pontus.