An opening bid of 1NT signals the intention to play the hand without a trump suit. 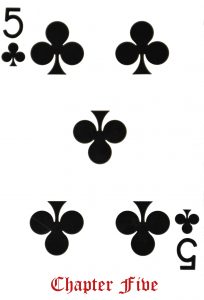 It shows 12-14 points (other players might use the strong NT opener which shows 15-16 points). Either way both bids would show balanced hands, 4-3-3-3 or 4-4-3-2, and no biddable suit. Some players will stretch an acceptable NT distribution to 5-3-3-2. It is a matter of personal preference and depends on the suits held. With a 5-card major you might be better off bidding the suit at the one level. If it were, say, ♦ s then maybe a 1NT opener might be better. In any event the doubleton must have a high card. A doubleton of two small cards in the 5-3-3-2 shape is worthless, and if you cannot open with a suit bid then you must no bid.

Distributional points in NT are, of course, meaningless. But opener may add ½ point for good middle cards such as 9s and 10s, if his hand is marginal on points and he is unsure what to bid.

Unlike a suit opener, 1NT does not promise a rebid. Indeed it denies the intention of doing so. The reason is simple: in Acol the No Trump bidding exchanges are very specific about points and distribution and most of the information about your hand is conveyed in the one bid.

Provided it is the first bid in the auction the bid means the same in any position. Note, however, that an overcall of 1NT would be showing 16+ points and a stopper in the overcalled suit.

In a No Trump contract any shortage in a suit can be suicide. Let opposition in and they can run with a long suit clearing four or even as many as six (I’ve seen this!) tricks as easy as pie. And you are unable to stop them.

This is why it is vital to ensure any short suit you have is covered by partner—and vice versa. You never open 1NT with anything worse than a doubleton. The ensuing bidding between the partnership makes sure it has stoppers in every suit, otherwise referred to as a “Guard”.

Obviously, in No trumps, there is no opportunity for cross ruffing. In a suit contract this can be a profitable venture. Declarer sets up voids in both his hand and the dummy by leading to the right tricks and discarding. He can then trump any leads from his hand or dummy, back and forth. A handy three or four tricks can be made this way. But not with No Trumps. There is no cross ruffing in such contracts and the strategy of play has to rely entirely on individual suit strengths. Any weakness will be pounced upon by the opposition.

You can play “weak no trump” or “strong no trump” in the Acol Bidding System. It is up to you, and to be agreed between partners. Players must inform their opponents of their preferred style.

In these notes we play the weak NT, which is my preference, and always has been. For a start the point structure of opener, responder and rebid fit better in weak No Trumps, in my opinion. It does not make sense to limit No Trump exchange to hands over 15 points, reducing the range of dialogue. You can open one of a suit on 13 points (one less with distribution value). No Trump has no distribution values for obvious reasons: it needs a balanced hand. So if you can open a suit on 13 points why can’t you open No Trump with similar points?

The effectiveness of the weak NT framework is no better illustrated than by the following table. Please note the responder’s bid of 5NT to either of opener’s 1NT or 2NT bid is not out of sequence but asking partner to stop at 6 on minimum or raise to 7 on maximum points. This is explained later in more detail in Chapter six, together with further details on each bid.

Some of the Acol NT Framework

The above bidding responses are for balanced hands only. Where partner’s response deflects from this strategy, opener will either go to one level higher, or alter his planned bidding. Responses to the 2NT opener are more fully discussed in Chapter sixteen.

To read the second section of this chapter go to: Opening with borderline cases